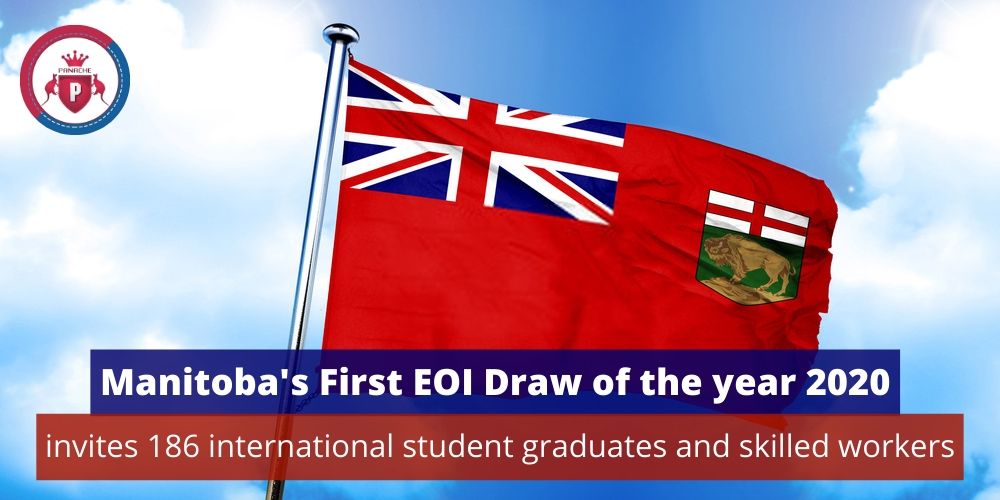 Under Manitoba Provincial Nominee Program (MPNP) has invited 186 candidates to apply for a provincial nomination on EOI draw.

The MPNP issues Letter of Advice to Apply (LAA) to the highly skilled candidates from the pool from three streams.

Manitoba has always been a desired province in Canada for international immigrants. Manitoba was the first Canadian province to establish its own immigration program (MPNP). In 2019, Manitoba already issued more than six thousand invitations and made many to get Canadian PR easily.

Under MPNP’s strategic recruitment initiative through Skilled Worker Overseas, a total of 42 candidates were invited.

In order to be invited for a provincial nomination from Manitoba through both the Skilled Worker in Manitoba and Skilled Worker Overseas categories, candidates need to register an Expression of Interest (EOI) with the MPNP.

An EOI is an online profile that is ranked out of a score of 1,000. Points are awarded for a candidate’s education, work experience, connections to Manitoba and proficiency in English or French, among other factors.

A set number of the highest-scoring candidates receive an LAA, allowing them to apply for a provincial nomination for Canadian permanent residence from Manitoba.